Skip to content
The mysterious R&B artist H.E.R is back with another dope series! 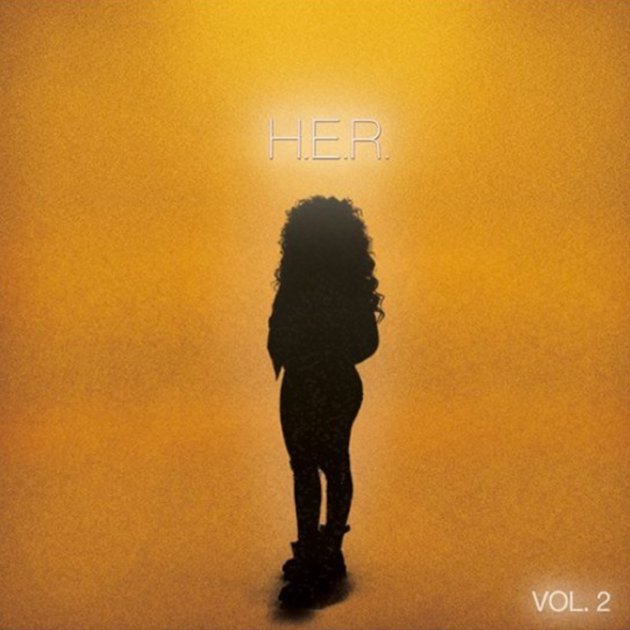 Back again, masked behind the figurative silhouette surrounded by warm-cozy vibes with a stance that says, “I’m back, are you ready for more?” — H.E.R releases Vol. 2. She left us to marinate with Vol 1. to introduce herself to potential fans and listeners who would soon feign for more of her music. The H.E.R series is presented in a way that is short and sweet; not too much and not too little but just enough for you to feel H.E.R out.

H.E.R lays her heart on every track, making it clear to her fans that those words sang through that mic are real and aren’t mentioned just for extra clout. Throughout each series, you hear her story, step by step, situation by situation and feeling by feeling; H.E.R is speaking her truth to us and to whomever she left those words for. H.E.R leaves her diary wide open for us to see but not all of her just yet, which explains why she keeps her actual identity a secret.

Although H.E.R presents herself as this mysterious vocalist whose lyrics reveal she wears her heart on her sleeve, she is not unknown to the world. Gabi Wilson aka H.E.R has been on the scene ever since she was a youngin’. She has made a name for herself appearing on BET Matters and being recognized by R&B Queens like Alicia Keys. This identity of H.E.R serves as a scapegoat for Wilson; she wants to gather fans because of her words and her story, hence what an actual fan is but these days any and everyone jumps on the bandwagon of a poppin’ artist in the music game.

The series begins with “Every Kind of Way” which gives off the vibe of admiration that H.E.R has for this special someone in her life. She adds “I wanna love you, I gotta love you” which shows she’s ready for you, she’s ready to be yours. As a fan of H.E.R, you can always expect to have those hard hitting trap mixed beats with flavors of R&B in each song. H.E.R has been compared to artists like Bryson Tiller and Sza because of her style but she always incorporates stylistic elements as the So Far Gone Drake once did.

When someone embarks on a new relationship there are always questions running through our minds; “Still Down” touches on that topic as the song leaves off with “if I put all my faith to you will you be faithful…hold me down baby” which reveals that H.E.R has fallen for this person and doesn’t want to lose them because her heart is open — she wants to take their relationship to the next level.

As the album continues, “Gone Away” presents the breaking point for H.E.R and her special someone. In the beginning of their relationship, it was beautiful, H.E.R opened herself to that person and was willing to lay her love onto them but, “we were much happier when it was always happy endings” which shows that special person was not as willing as H.E.R was. Situations like that always happen when there is not a common ground — they were not seeing eye to eye; one heart was beating faster than the other. After the end of H.E.R’s relationship with “the one,” she is back on the market and people are trying their hardest to get her attention. She continuously rejects them as she mentions “you can’t make me love you if I don’t, you can’t make me love you if I won’t, you can’t change my heart,” a familiar hook from Tank’s “I Can’t Make You Love Me.” H.E.R makes it clear she is not looking for anyone and is not going to tolerate games from anyone.

The recent album releases from several R&B artists have definitely been about their relation/situationships over the past months which is quite coincidental, but none of them have fallen short — especially H.E.R.